Well, that’s all for today.  The two remaining matches of the round of 16  will be played today. Japan is playing Paraguay and I’m rooting for Japan. I’m loving Honda, the Japanese midfielder.  Spain is up against Portugal; two favorites are mine, but I pick Portugal over Spain  in honor of Jose Saramago.  See, there is a reference to books and reading in the post after all. 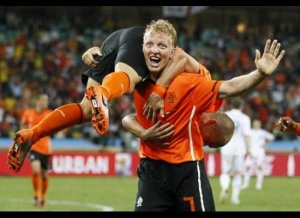