The President is Dead

May his soul rest in perfect peace. 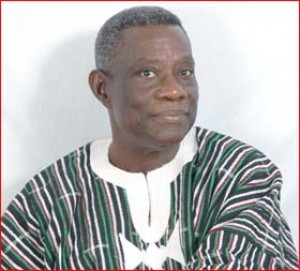 I was in a meeting when the news broke. It was shocking and unbelievable. The President had actually died!  The shock gave way quickly to anger.  Ghanaians have debated about President Mills’  health for over four years.  We discussed it, back in 2006/7. during his second campaign for the Presidency.  We’ve talked about it all through his first term of office.  We assigned ailments depending on how he appeared and sounded on television.  But we always took it for granted that he would serve out this first term and whether he got to start his second and final term was a matter for the December polls to decide.

Why were we never told about his illness? Why? What reason or explanation would soothe us now? The health of a president is of concern to us citizens. Informing us gives way for a president to seek appropriate medical attention and care.  President Mills worked most days of the past three years. Officially, very few of those days were spent attending to his health.  When the rumors got out of hand, he joked about his health and his handlers fought and dispelled those rumors.  Why?  Cut down just days after his 68th birthday, we are left to mourn him and pick up the pieces.

What new pieces! These unchartered waters.  For the first time in her history, a sitting President had died in office with a constitution still in effect. By 5pm,  the media was reporting that Parliament would convene to swear-in Vice President John Mahama to take over the duties of  president.  We assured ourselves, sometimes screaming into televisions and radios that there was no constitutional crisis, it is clear and straightforward what must be done.

The usual evening traffic had dissipated when I left my meeting to go home.  The highway was relatively quiet for a 7:30 commute.  Most Ghanaians must have been glued to the nearest television set when the Speaker arrived in Parliament.  All the arms of our government were there. The judiciary, the legislature, the executive without its leader, the military, the law enforcement and the media.

Every time an opportunity comes to run further away from our past misdemeanors in governance, we take it and run even further away.  Every time.  This morning, I’m so proud of us as a people. We lost our president and swore in his deputy in a matter of hours.  We did so peacefully and united.  Our enduring belief in our constitution’s mandate and power, and the trust in our institutions to support our constitution never wavers.

We have a long, unchartered road ahead to the December 2012 polls.  Some days will be rough but we shall endure and overcome.  We must.

It was a sad and bittersweet day, President Mills.  Would that it had never happened. But it happened. You died.  You would have been proud of  us.

I’m not religious but I always find comfort in the poet John Donne’s Holy Sonnets.  My late President was Christian, the really believing and practising kind.  And so I offer Donne’s Holy Sonnet X to his passing.   That line “One short sleep past, we wake eternally” says it all, I think.

Death, be not proud, though some have called thee
Mighty and dreadful, for thou art not so ;
For those, whom thou think’st thou dost overthrow,
Die not, poor Death, nor yet canst thou kill me.
From rest and sleep, which but thy picture[s] be,
Much pleasure, then from thee much more must flow,
And soonest our best men with thee do go,
Rest of their bones, and soul’s delivery.
Thou’rt slave to Fate, chance, kings, and desperate men,
And dost with poison, war, and sickness dwell,
And poppy, or charms can make us sleep as well,
And better than thy stroke ;  why swell’st thou then ?
One short sleep past, we wake eternally,
And Death shall be no more ;  Death, thou shalt die.