Winner of The Man Booker International Prize will be announced today. Four Africans are up for the award.

I like and applaud the open prize-awarding processes of international prizes such as the Neustadt, the Impac, and the Man Booker International. (I shan’t mention the ultra-secretive process of that award given by the folks up, up, up, there in northern hemisphere).

If a prize could have fun, this year’s Man Book International Prize wouldn’t want leave the playground for home. The prize’s list of ten finalists are all amazing writers and poets.  A year-long reading list — these writers have produced a ton of books – would continue to delight long after the last pages have been read! 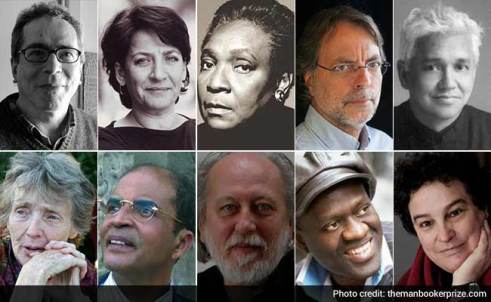 I repeat, to craft a reading project out of the works of these ten writers would be a thing of beauty. I’ve read Condé, al-Koni, Mabanckou, Aira and Couto. Krasznahorkai and van Niekerk are already on my wishlist. I know nothing of Fanny Howe and that surprises me, given her numerous collections of poetry.

So who are my favorites to win the 2015 Man Booker International Prize? With such a strong group of contenders, the judges can’t go wrong with whomever they choose. BUT. If they care at all for my views, here in this little corner of literary blogoshepre, the judges should pare down the list to:

The judges should pick the winner from this shortlist of mine. Thank you.