Pa Gya! A Literary Festival in Accra, organised by the Writers Project of Ghana and hosted by the Goethe-Institut happens from 19th to 21st October 2018.  According to WPG,  there will be “over sixty writers, publishers, and literary organisations from Ghana and beyond. The festival will feature readings, book launches, workshops, panel discussions, poetry performance, music, talks, and more.”  Festival guests include Efe Azino Paul, Bisi Agyapon, Ayesha Haruna Attah, Billy Kahora, Nana Darkoa Sekyiamah, Nii Ayikwei Parkes among many others.  Folks for several teams including Afrikult, Writivism, Squidmag, Golden Baobab and BloggingGhana will represent.  The opening event will feature the poets Kofi Anyidoho and Nana Asaase in conversation.  I will host Bisi Agyapon’s book reading and also take part  in a women’s writing panel.

The full schedule is here. It is fully packed and looks absolutely wonderful.  This is only the second edition of Pa Gya! but Writers Project of Ghana is promising quite the literary blast in Accra this coming weekend. 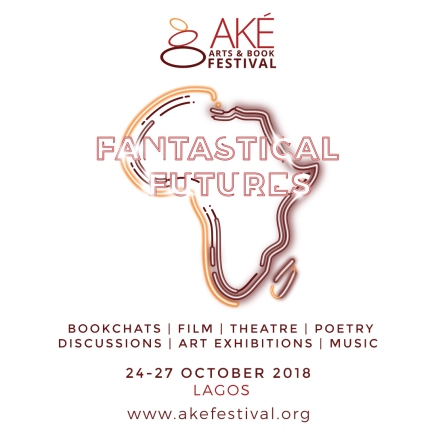 Aké Arts and Book Festival will take place, in Lagos, from 25th to 28th October 2018. Two big changes this year: the venue change from Abeokuta and the October date as opposed to the customary November.  But I can’t complain because Lola Shoneyin and her  Book Buzz team are bringing back Jennifer Makumbi, who is only my favourite African writer of the moment. And Nuruddin Farah headlines this year’s festival.  Other guests include Nnedi Okorafor, Niq Mhlongo, Panashe Chigumadzi, Paul Beatty, Ishion Hutchinson, Sefi Atta, Frankie Edozien and many more. The theme for this year’s festival is “Fantastical Futures”.  The full programme line up is here. I’ll host a book chat with Diana Evans (Ordinary People) and Ayesha Haruna Attah (The Hundred Wells of Salaga) and moderate the “Is African Really Open for Business?” panel discussion.  It’s going to be another great Akefest.

Citizens of Accra and Lagos, y’all know where to be when the time comes!