Thus far, my reading in 2011 has been less than stellar. Way less.  I’ve found it hard to concentrate on reading, with all the ups and downs (and stress) in my life.  It’s been much easier tackling my collection of Sudoku puzzles. For those of you who are Sudoku geeks :), I highly recommend the Mensa Absolutely Nasty Sudoku series. I’m currently working my way through Level 2. 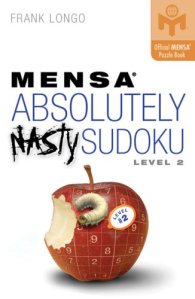 Last week, after attempting and then giving up on a couple of long novels, I decided to go short.  That is short novels, novellas, novelettes etc.  For some reason that I can’t explain, I find the term “novelette”  unappealing.  Anyway, the experiment seems to be working after successfully completing two novellas.  I went through my shelves and selected 25 works of short fiction, all under 250 pages.  The stack is a mix of classic, contemporary, African and translated fiction and,  includes the following:

I’ll probably sneak in a reread of a novella or two by Gabriel Garcia Marquez.

I’m also taking part in The Magic Lasso’s Orange July, who stiplutates that “the only requirement is to read at least one book that has won or been nominated for the Orange Prize for Fiction.  I especially want to read Marilynne Robinson’s Home, if my concentration holds.

Finally, M. Lynx Qualey of Arabic Literature (in English) is “challenging” his readers to read at least one book from the Arab Writers Union’s Top 105 books of the 20th Century.  Quite a list, although a number of the books are yet to be translated in English.  The challenge ends on August 25, 2011.  I will read Hanan al-Shayykh’s The Story of Zahra, which is about the exploits of a young woman struggling to survive war in Beirut.

Well, that’s what I’ll be reading this July.

What are you reading?