I’m about to do a thing. 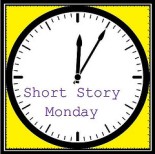 3. The longlist of seven stories will be anounced  “towards the end of February”.

4. You add 1, 2 and 3 together and you get a Kinna Reads Shadow Jalada Prize Jury of One.

5. I’ve counted 21 stories (see the links to the stories below) that need to be read.

6. I will post my longlist here sometime next week. ( I hope I beat the official jury to the longlist, but we all know I can be very slooooow)

From Part 1, the stories are: