Another massive list.  I need to get these out before the onslaught of September –December announcements.  In order of winners, shortlists, longlists and news:

The winners of the 2011 Bessie Head Literature Awards were announced back in July.  Bessie Head (1937 – 1986) is one of my favorite African writers.  Certainly, her legacy and influence is hard to miss if you follow African women writers.  Her most important works includes When Rain Clouds Gather, Maru, and A Question of Power.   Not much celebrated in her lifetime, it’s gratifying to that the “the goal of the award is to help preserve Bessie Head’s legacy in Botswana, and to encourage the development of Botswana literature in various genres in English”.  The winners are:

Read about the runners-up here.

Peter Forbes has won the £50,000 Warwick Prize for Writing with his non-fiction Dazzled and Deceived, Mimicry and Camouflage, a “ fascinating story of mimicry and camouflage in science, art and the natural world”.   I missed the March announcement completely.  This biennial award was inaugurated in 2009 and is funded by The University of Warwick in the UK.  It is “an international cross-disciplinary award open to any genre or form of writing”.   The books on the shortlist are:

I think it would be fun to judge this competition!

The winners of the 2010 Guyana Prize for Literature were announced in September 2011.  They are:

Take a look at Wilson Harris if you are interested in Caribbean Literature.  Thanks to Geoffrey Philip for the notice.

Tatjani Soli prevailed in the fiction category of the James Tait Memorial Prizes with her novel, The Lotus Eaters.  The prize for best biography went to Hilary Spurling for her book Burying the Bones: Pearl Buck in China.  The novels on the fiction shortlist were:

The iconic bookstore Shakespeare and Company launched The Paris Literary Prize this year.  The  10,000€  international prize is awarded for an unpublished novella. The inaugural winner is Rosa Rankin-Gee for her work, The Last Kings of Sark.  She was one of Esquire Magazine’s 75 Brilliant Young Brits 2010

The 2011 M-Net Literary awards were given out in June of this year (via Books Live SA).  This award scheme is among the top literary prizes in South Africa. It aims to encourage quality novel writing in any of the country’s 11 official languages.  The winners are:

The entire shortlist  is here.

The PEN Awards describes itself as the “ most comprehensive literary awards program” in the US.  It certainly is – 17 awards, fellowships and grants were awarded on August 10, 2011.  I’m only presenting winners in the categories that I find most interesting .  They are:

Winners of the 2011 Queensland Premier Literary Awards of Australia have been announced. They are :

For the entire shortlist plus reviews, see ANZ Litlovers Litblog.

The three finalists for the Nigerian (NLNG) Prize for Literature have been announced.  They are:

The shortlist included  The Runaway Hero by Uche Peter Umez, Aunty Felecia Goes to School by Philip Begho and Red Nest by Thelma Nwokeii.   This prize has the richest purse in Africa; the winner will get $100,000. The prize also rotates “in four-year cycles according to the select genres, adult fiction, drama, poetry, children’s fiction”.  This year’s genre is children’s fiction.  Chielozona Eze’s article (from which the above quote was taken) explains the many problems with the award scheme and suggests solutions to fix it.  Nonetheless, Nigeria continues to demonstrate a solid commitment to book development.

The jury’s second selection of the 2011 Jan Michalski Prize has been announced.  They are:

The award recognizes a work (fiction or nonfiction) of international literature, “ irrespective of the language in which it is written”.  The jury will deliberate and select the winner in November 2011.  The prize includes a cash reward of about $60,000.  Shortlisted authors are also offered a three-month residency in Switzerland. A very good source for translated fiction.

The novels on the shortlist for the 2011 Man Booker Prize are:

The winner will be announced on October 18.

The finalists for the 2011 Dayton Peace Prize’s fiction category are:

“The Prize celebrates the power of literature to promote peace, nonviolent conflict resolution, and global understanding”.  For the non-fiction finalists and other related news, please click here. Winners will be announced on November13, 2011. 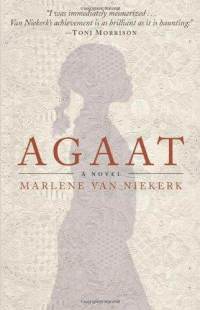 Six writers are on the shortlist for the 2011 St. Francis College Literary Prize (another new-to-me scheme). They are:

The biannual prize has a purse of $50,000 and is open to self-published books as well as works in translation.  Most excellent.  The winner will be announced on September 17th, at the Brooklyn Book Festival.  (Thanks to the Literary Saloon).

The Center for Fiction(NYC, US) has releases the shortlist for its Flaherty-Dunnan First Novel Prize.  The debut novels are:

The winner will be announced on December 6th.

The 17-book  longlist for the Canada’s 2011 Scotiabank Giller Prize.  For all things Giller, I refer you to Kevin from Canada.  He and his crew do a great job covering this award scheme.  The shortlist will be announced on October 6, 2011.

The 16-book longlist for the 2012 DSC Prize for South Asian Literature was released this week.  Authors from India, Pakistan, Sri Lanka, Bangladesh, Nepal, Bhutan, Maldives and Afghanistan are eligible for this award.