The end of the year is here.  It’s been fun but quite exhausting putting these lists together.  But I will continue the feature next year.  I will try and compile a list per month.  These irregular round-ups are quire long.  I begin with two important items:

Some bloggers have been actively reading and judging shortlists and longlists of literary awards.  And, it’s really a good thing.  There are two shadow juries that I’m aware of:

This is my favorite prize in the world.  The longlist is long, libraries nominate books and it’s open to translated fiction.  The longlist for the €100,000 2012 International IMPAC  Dublin Literary  Award was announced on November 7th, 2011.  There are 147 titles on the list and here are other details: 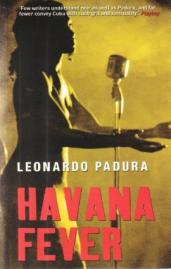 The 2011 Naguib Mahfouz Medal for Literature was given to “the revolutionary creativity of the Egyptian people”.  Arabic Literature (in English) has an article on the award.

The 2011 Dundee International Book Prize  has been awarded to Simon Ashe-Browne of Ireland.  The £10,000 award is for an unpublished novel written by an emerging novelist. Ashe-Browne’s psychological thriller, “Nothing Human Left”, will be published next year.

Siddhartha Mukerjee won the 2011 Guardian First Book award  for his biography of cancer, The Emperor of All Maladies.

Lebanese author Amin Maalouf is the recipient of the $120,000 Al Owais Cultural and Scientific Achievement Award, which is awarded annually by the Sultan Bin Ali Al Owais Cultural Foundation.  His works of fiction include Samarkind, The Rock of Tanios and The Garden of Light.

Chilean poet Nicanor Parra won the 2011 Cervantes Prize.  My thanks to By The Firelight for the notice.  Canada’s CBC News has a nice article on the poet.

David Guterson has won the Literary Review’s bad sex in fiction award.  The offending sex are in his fifth novel, Ed King, a modern reimagining of the Oedipus myth.  Other finalists included Haruki Murakami’s IQ84, Peter Nadas’ Parallel Stories, Lee Child’s The Affair among other.

The 2011 Toronto Book Award was given to Rabindranath Maharaj for his novel The Amazing Absorbing Boy. The other finalist were:

The Irish Book Awards were announced on November 18, 2011.  The winners include:

The winners of the  75th Governor General’s Literary Awards (of Canada) were announced in November as well.  Winners include:

Please see the official announcement for all the English and French category winners.

The 2011 Prix Européen de Littérature has been awarded to Drago Jancar of Slovenia. His novel Mocking Desire is available in English.

The 2011 European Book Prize winners are Anna Bikont for Le Crime et le Silence (non-fiction) and Maxim Leo for Histoire d’un Allemand de l’Est (fiction).  This prize, which covers all of Europe is most obscure.   Julian Barnes had not heard of the prize when he was asked to be a member of the judging panel.  His article about the prize is here.

Staying with Europe and don’t be confused, the winners of the 2011 European Union Prize for Literature are:

The 12 winners of the 2011 European Union Prize for Literature were announced on October.  Most of the books have not been translated in English yet.  Adam Foulds of the United Kingdom won for his novel The Quickening Maze. The full list of winning authors and their books are here.

The winners of the 2010 Shirley Jackson Awards were announced back in July 2011. They are:

The Wellcome Book Prize celebrates medicine in literature and this year’s award goes to Turn of Mind by Alice Laplante.  The shortlist included:

The winner of the 2011 Green Carnation Prize is The Proof of Love by Catherine Hall.

The (US) National Book Awards were announced in November.  The winners are:

The shortlist for the 2011 edition of the TS Eliot Prize was announced on October 20, 2011.  The prize goes to the best poetry collection. The titles on the list are:

The winner will be announced in mid-January.

There is a new prize in town; The SI Leeds Literary Prize is for unpublished fiction by Black and Asian women resident in the UK aged 18 years and over. The inaugural prize is set for 2012. See their website for more details.

Alice Oswald, British poet and previous winner of the TS Eliot Prize withdrew from judging the prize over sponsorship by a private equity firm:

“I’m uncomfortable about the fact that Aurum Funds, an investment company which exclusively manages funds of hedge funds, is sponsoring the administration of the Eliot Prize; I think poetry should be questioning not endorsing such institutions and for that reason I’m withdrawing from the Eliot shortlist.”

By the way, doe anyone know who won the 2011 Yvonne Vera Award? I can locate the shortlist but not the announcement of the winner.