Yep, these are books that I have to read.  Books I need to get.  One or two are not so recent but I’m been wanting to talk about them. So…

“From a breathtaking new voice, winner of the Caine Prize for African Writing, a novel about a splintered family in Kenya and the struggling nation around it–a story of power and deceit and survival, grief and madness, unrequited love, sacrifice and perseverance.”

There so much buzz about this debut novel; Kenyans are talking about this book so I’m more than sold and very eager indeed to read it. Very eager!

Other voices on Dust: 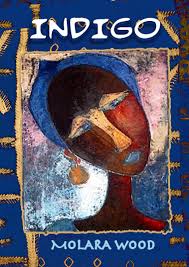 Molara Wood has been talking about African literature for the longest.  She is a supporter and promoter of African writers. She’s nurtured and mentored journalists.  She is passionate about African writing in all its forms.  It rocks that she’s released her debut collection of stories.
From Ikhide Ikheloa’s review of Indigo:

“What I really love about Indigo is this: Several stories are simply stories, like comfort food, you sit at Wood’s feet and just listen to a good story. This Wood does with her brainy, wry wit and signature tart prose; sentences are little daggers she throws at pressure points to get the desired reaction. The missiles, tightly wound, with Molara-esque attitude, fly off the pages and assault the senses in a gently seething riot of colors”

From Fahamu Books (the publisher):

“As increasing homophobia and transphobia across Africa threatens to silence the voices of African Lesbian, Gay, Bisexual, Transgender and Intersex (LGBTI) people, the Queer African Reader brings together a collection of writings, analysis and artistic works that engage with the struggle for LGBTI liberation and inform sexual orientation and gender variance.”

It breaks ground just by existing.

From a review by Rita Nketiah and Rose Afriyie at The Feminist Wire:

“…this anthology is unmatched in its precise attack of patriarchal heteronormativity in Africa. There are very few texts coming out of Africa in the contemporary moment that can boast of the radicalism animating the Queer African Reader. This anthology seeks to turn the gaze back on itself to critically articulate and examine the strategies, motivations and goals of LGBTI movements across Africa. Far from being a stuffy academic text, this anthology, with its eclectic mix of poetry, prose, essays, and short fictions, provides something for every and anyone interested in the interior lives of queer African folk. Include this on your reading list for 2014.” 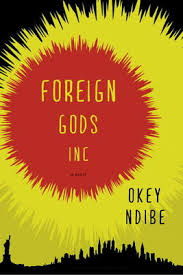 “Foreign Gods Inc. is a thrilling account of divinity in the age of global capital. The novel recounts Ike’s ill-conceived plan to steal Ngene—the patron god of his village. He hopes to sell the deity to a New York City businessman dealing in gods sourced from Africa, Asia, and the Americas.”

(Books are available at Amazon.com.  pdf of Queer African Reader can be purchased from Fahamu Books)