Efe Paul Azino is a Nigerian poet and performance artist.  He is founder and director of the Lagos International Poetry Festival. His debut collection of poetry, For Broken Men Who Cross Often, was published in 2015.  His second collection, The Tragedy of Falling with Laughter Stuck in Your Throat, is forthcoming, soon. This poem is an entire story, breathtaking in its solemnity and controlled rage.

We travelled through the dirt road, silently,
beckoned by grim and desperate voices.

We greet death profiteers and dried-eyed wailers
as they usher us into the one-room shack,
where our mother died facing the door,
expecting.
We have come from the city’s aspirational end
to redeem the dust she left behind.
She, from that tribe of women who traded sweat,
to buy us access into spaces that promised
a portion of the city where desire lived.

All mother required was that we come back,
in city-sleek machines to whisk her away in full glare
of eyes and hearts awaiting their turn.
She waited,
expecting.

We sent hope when money wasn’t available to go,
she sent prayers, boasting to anyone who cared to know
about her sons who went after the rainbow,
soon to return with pots of gold.

In the city, we rode storms.
We rode them continually,
leaving us too tired to reap the golden fruits of opportunity
they said the city grew.
We hustled to the drumbeats of our mother’s expectations,
modern day messiahs bearing the cross of an entire lineage,
on our university-certified shoulders, charged with redemption.

The last time we spoke over the phone, it was Christmas,
all I had to my name was a wallet pregnant with hope
and pockets, bloated with shame,
I promised to come see her in the New Year,
a promise I remember, standing here
eyes and hearts, scanning the 10 by 8 contraption
That holds her scant remains.

I can barely breath, afraid to choke
on the lingering expectations
of her spirit.

So I stand in this house of death.
I who have come from the city with my dreams
To redeem the only thing that’s left.
—– Efe Azino Paul 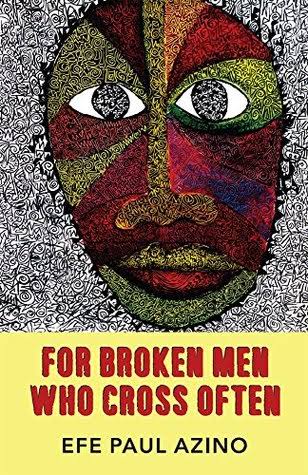